Warm Bodies, The Walking Dead, The Last of Us, World War Z and the list goes on. Where did this zombie obsessed culture come from? Aren’t people bored of seeing the same zombies kill people in those movies, TV shows and games like Resident Evil, and hoping that the zombies will not survive? Well, the answer is a resounding ‘NO!’.

Where did these Zombies come from? 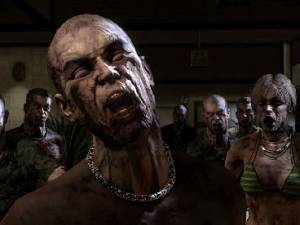 Vampires entered into popular culture through one primary literature work, ‘Dracula’ by Bram Stoker. While history has shown vampires have been ‘around’ for centuries, it was that book that really brought them ‘into the light’. Werewolves also have been part of the pop culture scene for much the same reasons. How about zombies?

According to Kyle Bishop, the author of ‘Raising The Dead’, zombies became famous after the films started to portray them. Especially George A. Romero’s ‘Night of the Living Dead’, which is generally attributed to have started the modern craze.

Visual effects are essential when showing the zombie. They do not speak or act to create fear; it is just the physical manifestations of fear. Just when you think they are done, they wriggle up and grab someone, even if they have been shot by 1000 bullets. This thrill of not knowing when they will come back, makes it a good watch in many films.

Pretty much every movie or game (check out our list of the Top 5 Best Zombie Games) has a different origin for zombies. Some showed them as a failed experiment, voodoo effect or just an infection. There is nothing new to be said about the undead anymore and yet, they thrive in the media and video games.

Is There Anything that Can Compete With The Zombies Craze?

The public love to be spooked and zombies terrify humans, as they have the fear of becoming zombies themselves. The usual storyline of any zombie movie will traditionally start with an explosion of rays, an experiment or a meteorite that changes hordes of people into flesh eating beasts. The remaining population tries to make a stable living by finding food, shelter and by avoiding becoming food.

There are zombie events all over the world, from a Zombie Hunt real life action game in Calgary, Alberta (Canada) that pits you as a zombie or survivor as you run through a course, to the Zombie Walk in Moscow where people dress as zombies and walk through the city. Even the government of the USA got into the action when the CDC decided to use zombies to help teach preparedness! You can visit the CDC Zombie page here.

What are The Reasons For Zombies Being So Popular?

With novels and movies showing vampires as good romantic heroes and werewolves as loyal friends, the only creature left to terrify the living piss out of people is zombies.  With that being said, they have a strong future in movies and video games.

I love to write and I love to test new things. So I spend a lot of my time messing around with different products and researching and reviewing them, and making lists of the top 5 best of them. You can learn more about me at my Google+ page!