Ahh Zombies! Ranking up there with ninja’s and pirates, zombies enjoy great popularity in movies and other media. My top 5 best zombie games list was not an easy thing to create. What are people looking for in a zombie game? Do they want a board game or a video game? And with so many damn options out there how on earth do I narrow it down to 5? Well I tried and here is what I came up with. I decided to only include the highest rated games that I have personally had experience with.

A Killer Zombie Board Game Review: Last Night On Earth 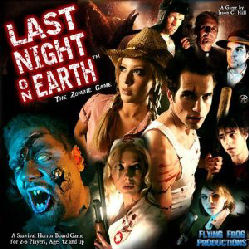 Sitting regally on a throne of bones atop the list of the top 5 best zombie games mumbling something about “BRRAAINNSS…” is Last Night On Earth. This is possibly my favorite board game of all time, it’s even better than Candyland. It requires some strategy to play, but the rules are actually quite easy to follow (but you must follow them). When played correctly the game progresses like a movie, complete with plot twists and turns. It’s like creating your own zombie apocalypse film!

First, you choose which scenario you want to play (there are different ones with varying difficulty like ‘Guard the House’ or ‘Find a Vehicle and Escape’) After you set up the board (which is modular) you start the game as either zombies (oh yes!) or heroes (booo!). You earn cards through various actions and of course luck. Occasionally with a lucky card right at the start of gameplay you can sway things and end the game quickly. That rarely happens though. The zombie cards are generally a “stay in play” type card while heroes cards are too numerous to mention.

You then play out the scenario, using dice etc. to generate results of battles, movement and so on. If heroes succeed they win, if they get eaten they, well, lose. It’s much less complex after you get a game or two in, and there are expansion packs for Last Night On Earth that gives more cards and scenarios and zombie goodness.

This game may not be for you if:

In any case, you really should have a look at the description and the crazy amount of good reviews Last Night On Earth has received. If you’re buying this as a gift for a zombie loving friend, be sure to check out the link to the price I put above. It’s a great deal for the first of the Top 5 Best Zombie Games on my list!

The Fast and Furiously Good Games About Surviving A Zombie Apocalypse: The Left 4 Dead Series 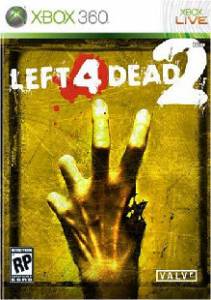 In my heart, there is simply no better zombie destroying, gun blazing, super intense video game about zombies than the Left 4 Dead games. I bought a copy of the first one and played it before I even read a review, and it was one of the greatest gaming experiences I’ve had. The first time a horde came at me I nearly crapped my pants! It was scary, intense, and I’ve honestly never been startled by a game before this one. It will forever hold a special place in my zombie loving heart.

The second version, Left 4 Dead 2, was just as exhilarating. With new levels, new heroes and new weapons as well as new zombies (damn spitters!) the gameplay never gets old. I still play regularly! The online portion (where you can join survivors, or hunt them as the zombies) adds a lot of replay to games that already oozed with it. For the record, I own two copies of each and I play against my kids all the time, I even wrote a review for it.

My favorite level between the two games is without a doubt Dark Carnival. I think the premise is great (a fair grounds!) and the acts are all equally fun. The grand finale (where you finally get rescued by the army…or not…) is simply amazing. With music blaring, fire crackers banging, lights flashing and a tank (a huge brutal tank like zombie) rushing you the entire time…it does NOT get better than that. If you have not heard of Left 4 Dead 1 or 2, then you really should go get a copy for your favorite gaming platform right now.

What puts the series on the list of the top 5 best zombie games:

After reviewing this, I can tell you I have already set aside some time this afternoon to play through a round 🙂 Do yourself a favor, go grab a copy from Amazon and join me! 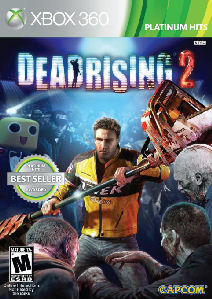 I can never get enough of shopping malls when I’m killing zombies or even watching zombie movies with shopping malls. In the case of Dead Rising 2, the story takes place in a gambling resort. There is everything! Shopping malls, casinos, restaurants, roof tops and streets similar to Vegas, the action always takes place in a memorable location. Furthermore, there are more weapons in this game than any other I’ve ever seen. And! YOU get to combine items and make even cooler weapons! Think: electric wheelchairs, paddles with chainsaws attached to both ends, and more. Add in a story that at times was gut wrenching hilarious and at other times tear-jerking sad, and you have a great addition to the top 5 best zombie games.

Essentially, you start out near the beginning of yet another zombie outbreak. You’ve been framed for the recent outbreak! You’re wife was killed (in a previous outbreak), and your daughter bitten. Fortunately, there is a medicine though, called Zombrex, but it has to be taken every 24 hours or guess what? Yep, you turn into a zombie. So you’re goal as Chuck is to find your daughter Zombrex, keep everyone alive, find new survivors and clear your name.

Who should buy Dead Rising 2:

People should avoid Dead Rising 2 if:

I was of course checking out Amazon to see how cheap you can get this game and some reviews. Naturally, they have a great price and more customer reviews to check out if you aren’t sure yet.

Another Board Game About Zombies: Zombies!!! Second Edition 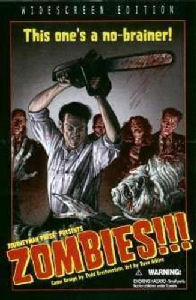 The second non-video game to make our top 5 best zombie games list is Zombies!!! 2nd Edition. This game is direct competition with Last Night On Earth. Much simpler to play, it still takes longer than your average board game at about 2 hours or so to complete. I love this game, and it is the one that started it all. There are nearly 100 positive reviews on Amazon!

One advantage to Zombies!!! is that it is much simpler to play than Last Night On Earth. You’ll have the rules down pat in about 5 minutes time. Players take turns building the map by placing tiles down one player at a time. This results in a map never being the same! There are buildings to explore and what not, and there are a LOT of zombies. Like, a LOT. You kill them, or you die.

The idea is to kill 25 zombies (not an easy task) or escape to the helicopter pad. The caveat is this: there is only room for 1 survivor! So you get cards that give you a small benefit or a hindrance to the other players. No candyass saving other people in this game! It’s a free for all! There is something like 8 expansions (I don’t have them all) to expand the game.

One great thing I’d like to point out about Zombies!!! is that is actually very affordable. It is half the price of the other board game on this top 5 list of awesome zombie games, so if you want a cheap entry point into zombie board games, check it out now or at least read some reviews!

Final Entry On Our List, A Casual Game: Plants vs. Zombies 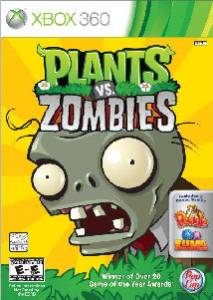 I’m not ashamed to say I own a casual game like Plants vs. Zombies. It’s a game that when you read the reviews, you can see it is aimed towards not the hardcore zombie gamer, but the casual “have some time to kill” type of gamer. It available on EVERY platform imaginable so just because the image says Xbox don’t worry, you can get it for anything, just go ahead and look.

Let me review this game in the shortest way I can. You have a garden. You can plant, uh, plants that have various attributes for killing, maiming, impeding or otherwise annoying zombies. The zombies come in waves and if they reach your house…you’re dead. It’s a “Tower Defense” genre game that took a wicked concept (Zombies 🙂 ) and a defense mechanism (crazy plants) and made a really good game from it. Even better, a 5 or 6 year old could pick this game up easy and it isn’t violent (well not really) or bloody or gory.

Lets put it this way. Plants vs. Zombies review page has about 120ish reviews. Over 100 of those are 5 stars. Why isn’t this then number one on the top 5 best zombie games list? Well, it’s a casual game. You can pop a round off in about 5 minutes making it great for casual gamers. It is fun for every age 🙂 (My 5 year old daughter just loves it! Its her second favorite game after Minecraft).

I’m not going to try to break it down or review any components of this game, I will leave it to you to go read the reviews at somewhere like Amazon. Suffice to say it is definitely a popular time passing game, and I have even gone a few rounds with it.

That pretty much is it for my top 5 best zombie games list. Reviews and consumer opinions will show you I’m right, and I hope you have the time to check a few of these (especially the board games!) out. As usual, I’d appreciate a like or tweet if you can spare the few seconds it takes!

I love to write and I love to test new things. So I spend a lot of my time messing around with different products and researching and reviewing them, and making lists of the top 5 best of them. You can learn more about me at my Google+ page!